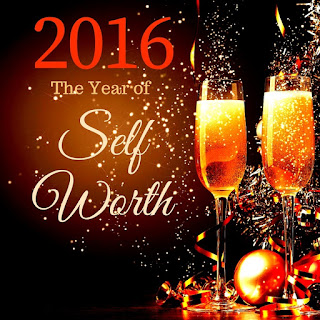 Anyone who knows me understands I hate New Year's resolutions. Instead, I reflect on the past year and find an aspect of life I'd like to nurture and grow. I choose a catch phrase that embodies the concept. It becomes a mantra of sorts, creating a common theme that runs throughout the twelve months and shapes my experiences. Just take a look at the last few years.

2010 The Year of Courage. I stepped out of my comfort zone and published my first book.
2011 The Year of Authenticity. I realized that readers wanted to know the real me, not what I thought a "writer" should be. I made a ton of new friends in 2011. :-)
2012 The Year of Balance. Trying to write while working two other jobs and raising two teens meant I either had to find balance or lose my sanity. I learned that organizing time was critical to writing success.
2013 The Year of Change. With royalty checks coming in, I opened my heart to the possibility of leaving education, and I started working for publishing houses as a social media marketing coordinator and author liaison.
2014 The Year of Kindness. As most of 2013 was spent on endless conference calls and working with a myriad of people around the world, I learned that compassion was the most important factor in productive communication. I also learned that, even though I could now afford to leave education, I didn't want to stop teaching, which made life hectic.
2015 The Year of Simplification. 2014 was nuts. Too many responsibilities, not enough time. Even though I auto-payed every bill, simplified the office, became hyper-organized and kept a rigid routine, my life spun out of control. I'd come home from teaching to check emails on six different addresses, run conference calls, and then follow-ups. I'd eat dinner in front of the computer before working well into the night. My work days were often 16-20 hours long, and I struggled to find the energy and creativity to write so much as a post-it note.

It wasn't until I ran across this pin that I stopped and took inventory of what in the hell I was doing. 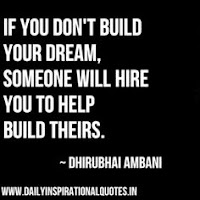 Why did I feel the need to work every stinking minute of the day? I'll admit I need to teach; it's my calling. But writing is my passion, and this other stuff, the marketing-and-beta-reading-author-liaison-content-editing-acquisitions-consulting-graphic-designing stuff ... why was I spending most of my time helping others achieve their dreams while sacrificing my own?

Did I really need the money that badly? Or maybe, deep down, was there a part of me that didn't feel like I was worthy of success?

This is the year I learn to value my time and talents, and I'll expect others to do the same. It won't be easy, but I've already taken steps to prepare the way.

I've resigned as a marketing consultant for a major publishing house. I'm not taking on new editing projects, and no more acquisitions consulting and beta reading (past the ones I've already committed to). I'm saying no to those who ask for anything that takes a chunk of my time, and I'm scaling back on writing informational/non-fiction posts. Most importantly, I'm really trying to get to bed before midnight.

And you know what? Over the past few weeks I've discovered that, with a little budgeting, I don't need as much money as I once thought. I don't miss writing what I don't enjoy. And sleep actually isn't a waste of time. :-)

It's only been a few weeks and my stress level is way down while my creativity is up. The manuscript I've been struggling with for the past six months is finally taking shape. I'm starting to outline the second book in the series, and I'm actually spending time with family and friends.

What about you? What are your goals for the upcoming year?

Posted by elizabethisaacs at 12:56 AM

Email ThisBlogThis!Share to TwitterShare to FacebookShare to Pinterest
Labels: 2016, amwriting, elizabeth isaacs, new year, self help, self worth, The year of self worth, writing

Thanks for stopping by!

You can find me on